This site doesn't support Internet Explorer. Please use a modern browser like Chrome, Firefox or Edge.

Uses Of CBN: What Does It Do For You?

What are people using CBN for? It is right for you?

CBN hemp oil: What is it?

Research on the effects of CBN is sparse. At this point, it is considered safe, but its safety profile has not been studied. Even so, CBN is gaining in popularity. Here's a list of things that CBN can be used for:

You can read more about each of the above here. Perhaps more uses for CBN will be discovered as more research is done.

None of these are proven effective at this point even if studies have shown promise. CBN is not meant to replace your medical treatment. You should not stop any medications for any of the above problems without speaking to your doctor first.

One might think that if cannabinol is helpful for the problems above, then isolating CBN into a purified form of CBN would be more powerful. That idea is incorrect. CBN has a more powerful effect when the other cannabinoids and terpenes are present. This concept is called the "entourage effect."

The idea behind the entourage effect is that all the cannabinoids and terpenes of the hemp plant work better in conjunction than by themselves. Therefore full-spectrum CBN is considered to have a more powerful effect than pure cannabinol. Full-spectrum CBN has CBD, THC, and other cannabinoids present in smaller quantities.

Does CBN make you high?

In short, no. Cannabinol in pure form is not considered to have psychoactive properties. THC is considered to be the only psychoactive cannabinoid of the hemp plant. Having said that, some sensitive people have reported feeling slightly high taking CBN. There is unfortunately no way to know without taking CBN.

Why should you try CBN?

You may want to talk to your doctor if you're taking prescription medications. It is not known if CBN interacts with medications, but CBD can. In general, it's good to take precautions with medications that come with a "grapefruit warning."

There are no known side effects of CBN but it has been sparsely studied. So in truth, we do not know. As a precaution, pregnant and breastfeeding women and children should not take CBN simply because we don't know if it truly is safe.

Where to buy CBN

CBN oil can be purchased online or some stores carry CBN. We post affiliate links for trusted, high-quality brands on this website. Different countries have different rules and regulations, so be sure to check the legality in your country if you live elsewhere.

Use coupon code: OSTEODL for 20% discount 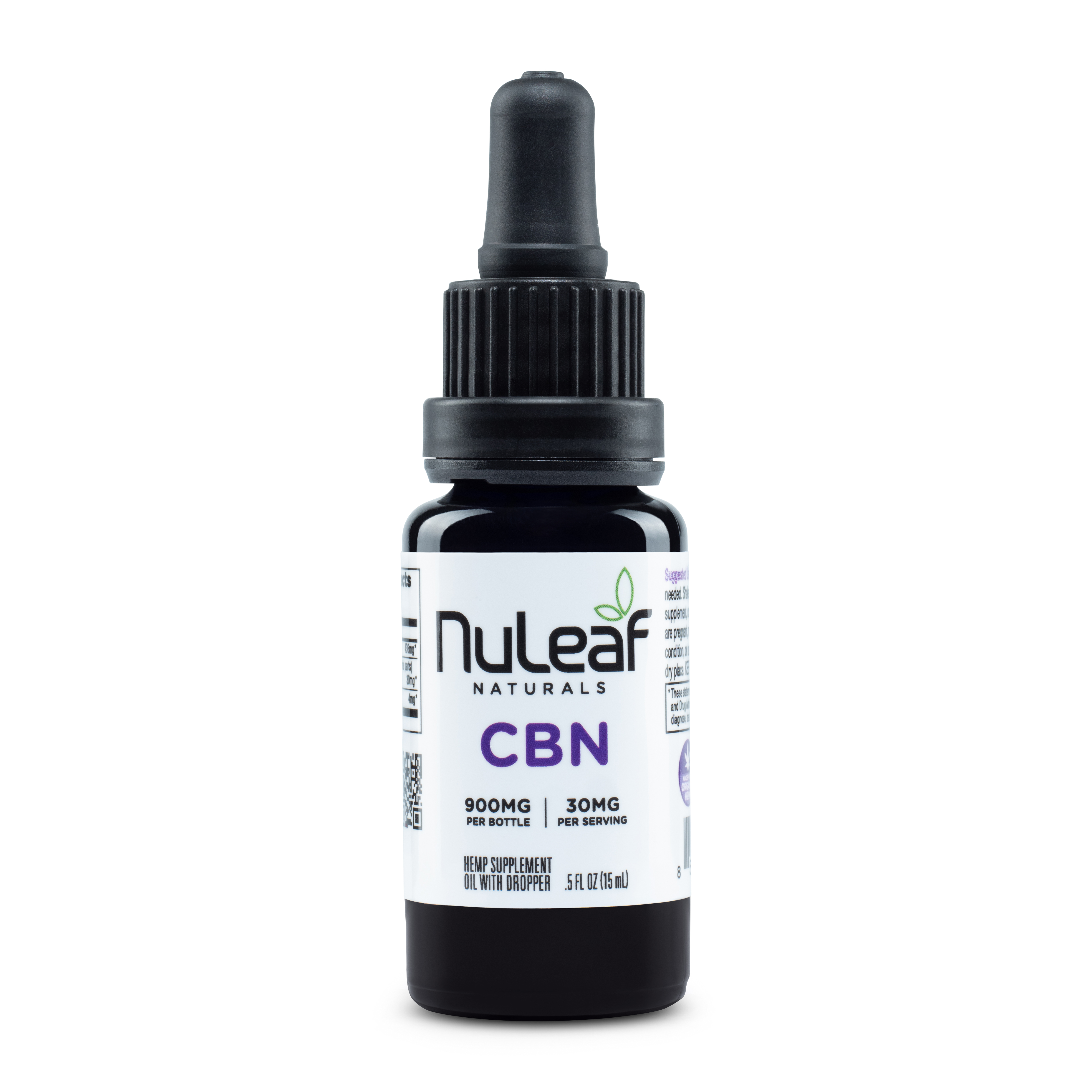 This depends on what country you live in. At the time of writing this, hemp-derived CBD products with less than 0.3% THC are legal federally in the United States but still illegal under some state laws. Make sure you understand what the laws are in your state so you don't run into trouble.

Cannabis-derived CBD products, on the other hand, are illegal federally but legal under some state laws, such as Colorado. This is not something you want to mess with. Be sure to check local legislation, especially if you have plans to travel out of your state.

The Food and Drug Administration (FDA) has not approved nonprescription CBD products, which may be inaccurately labeled.

Yes, CBN oil is not considered to have any known harmful side effects to date.

Will CBN make you high?

CBN is not considered psychoactive, but it does not come in pure form. There are usually going to be other cannabinoids and terpenes in the oil, including some THC that could potentially make a sensitive person experience a mild high.

Will you fail a drug test if you take CBN?

CBN oil contains less than O.3% THC, but there is still THC in the product. If you are in a situation where you a regularly tested for work, athletics, or any other situation, then this may not be the right product to take because there is a chance you will test positive.